For almost 40 years, Plenty Canada’s office has served as an important gathering place for cross-cultural work. Nestled within a 500-acre Algonquin nature preserve, bordered on the south by Ontario’s Mississippi River and on the west by Mud Lake, and featuring diverse ecosystems inhabited by all manner of plants and animals, it has long hosted visitors from its projects in Central and South America, the Caribbean, Africa, Asia, and, of course, Canada.

An incredible amount of history is imbedded within the site, evidenced by the wear and tear on the main office building and its adjacent annex, a secondary building once identified for environmental research residencies, programming, and additional office space. Due to the deterioration of these buildings, several years ago Plenty Canada embarked on a campaign to reconceptualize, resource, and renovate its physical properties.
That work began in earnest with the arrival of capital funding from the Ontario Trillium Foundation. But the stage was set years ago during visioning sessions held with world renowned Indigenous architect Douglas Cardinal, designer of numerous iconic buildings including the Museum of History in Gatineau and the Smithsonian Institution’s National Museum of the American Indian in Washington, D.C. In 2008, Cardinal and Lee Bushey, an architectural student at the time, developed a holistic vision for the creation of an integrated structural and landscape complex, drawing up plans that have served as an important guide for what is now being called the Plenty Canada CampUs.

These current capital projects are designed to upgrade and repurpose the complex as a land-based learning centre. The main office building is undergoing a wide variety of renovations in order to better serve its evolving needs as an active space for environmental and Indigenous bio-cultural education. Originally built with energy efficiencies in mind, including burrowing the first level north portion of the building into the side of a hill, and installing large south facing windows to take advantage of passive solar gain, new upgrades are being made. These include wrapping the building in a new layer of wood fibre insulation and locally produced cedar siding, installing new high-tech windows, and replacing dated infrastructure equipment with energy efficient HVAC system mechanicals to meet Plenty Canada’s energy reduction goals. 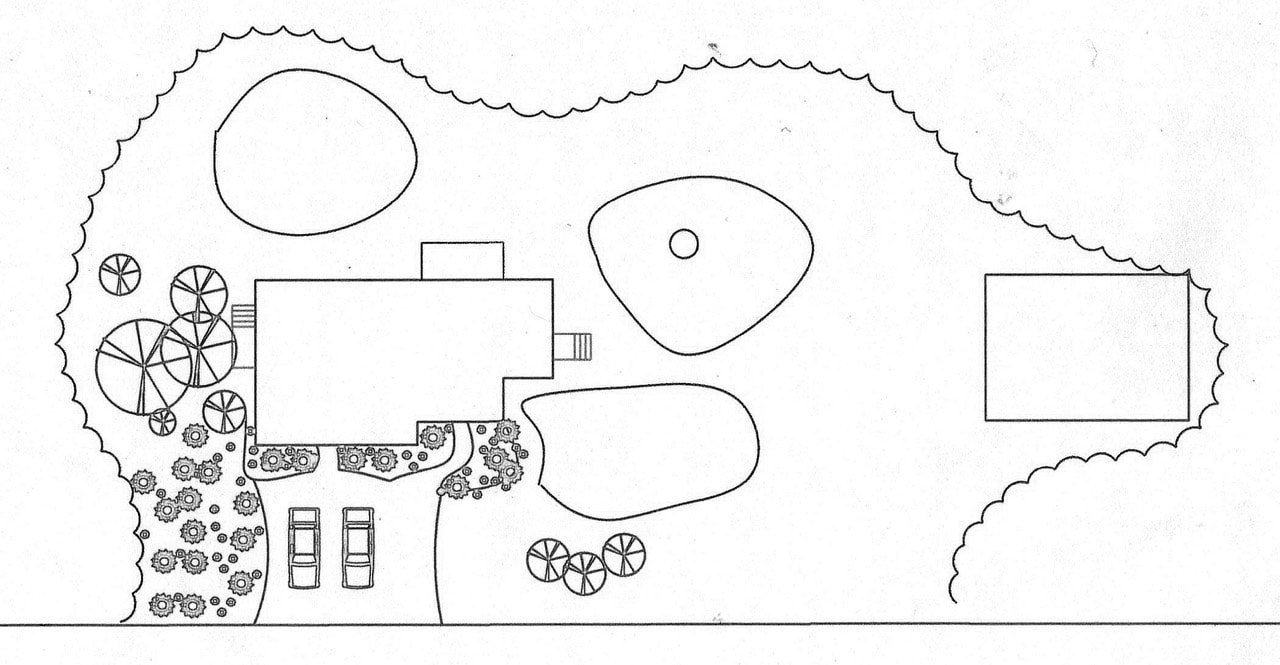 Plenty is also expanding its pre-existing solar energy investments (including microFIT) by installing off-the-grid and net metering technologies. Even the water systems at the Plenty Canada office will be altered to become more environmentally efficient, made possible by funding for innovative drinking and wastewater management systems.

Attention is also being paid to finalizing renovations to the secondary building on the Plenty Canada grounds. The two-story building is both spacious and modern, opening up new possibilities for Plenty Canada to establish in-person residencies and expand its training options. After the electrical system and plumbing have been completed, the secondary building will be able to support additional office space, guest rooms, and a common area for educational programs. Once this building is activated, the organization will double its onsite operational and project capacity.

All of these renovations are united by the idea that environmental efficiency and sustainability should be the highest priority of any responsible renovation project. In this way, Plenty Canada hopes to inspire other community organizations, individuals, and the youth who will eventually visit and spend time at the CampUs—urging them to think about sustainable building options in their own lives.
The land-based learning centre will develop and deliver an Indigenous led curriculum that fills gaps in current secondary and post-secondary education. The centre will host workshops that teach students to merge Indigenous Knowledge Systems and Western science, a practice known as Two-Eyed Seeing.

Despite current COVID-19 limitations on gatherings, that will no doubt remain in place, 2021 and beyond will nevertheless be a time of growth and expansion for Plenty Canada facilities. As a testament to Plenty Canada's continued commitment to environmental sustainability and education, progress of the CampUs will be tracked in the Contact newsletter.