Indigeneity in the Eastern Mountains

​Plenty Canada’s project, Cuba Indigeneity: Gran Familia Valores y Saberes (Great Family Values and Knowledge), is based in the remote mountain and coastal region of eastern Cuba, the Oriente. A significant population of Taino-guajiro kinship families, under the leadership of a traditional cacique, women elders, and a new generation of leaders, is currently emerging and networking across communities. The estimated population of the GranFamilia is 15,000.

​This timely initiative supports Indigenous cultural and educational gatherings, projects in documentation, and intergenerational transfer of traditional knowledge and development of agro-ecological production opportunities. Cuba Indigeneity is a project in cultural revitalization that manifests as a long-term community enhancement-development initiative. It is assisting Native Cuban families to regather and strengthen long-term tribal bonds. Cuba Indigeneity works with the legacy people of indigenous culture in the eastern region and focuses on the areas of cultural preservation and practice of natural world traditions, healing arts, and medicinal plant use, Indigenous conuco (perma-cultural) eco-systemic food-shelter self-sufficiency and forest use and conservation. Among other gatherings, it features educational encounters to explore the region's Indigenous legacies in agro-ecological practice, music, history, and literature.

We started 2019 on a high note for the launching of the new phase of the project, Caribbean Indigeneity Cuba, Gran Familia - Valores y Saberes. Key activities have begun and most importantly, the leadership group from the Native communities is intensely motivated to the revitalization process.
​Despite the severe limitations imposed by the COVID-19 pandemic, the work was launched and set the pattern of work and organization for the Caribbean Indigeneity project. We helped convene leadership group meetings and local workshops for which we produced publications and other productions on Cuban Indigenous themes. We were able to assist communities with a potable water project and to acquire agricultural implements and household items. These activities weave together the Native kinship communities, honoring and stimulating the elders who also want raise the consciousness of a new generation about the teachings of their own ancestors. These largely self-sufficient small farming communities are re-enhancing their indigenous culture of collaboration and partnership, in the context of the country’s governmental structures. The purpose is to self-actualize and thus diminish domination of economic and cultural activity. The emergent leadership of elder and young women is determining the directions of several of the proposed economic projects.

The resilient but remotely situated Indian farmers are good producers but lack crucial support to get their products to market. Others in sewing cooperatives and food production (culinary), as well as carpentry shops and other possibilities are contemplated.
​Cuba Indigeneity proposes to address:
•  marginalization of a core indigenous Cuba population, following the official historical dictum of a complete extinction;
•  problem of cultural dissolution because of dispersals of trunk families from their home geography of the 20th century;
•  loss of indigenous identity and traditional knowledge; and
•  the need to advantage emergence of women's leadership as primary in the networking or "reweaving" of Native family community homesteads and enterprises. 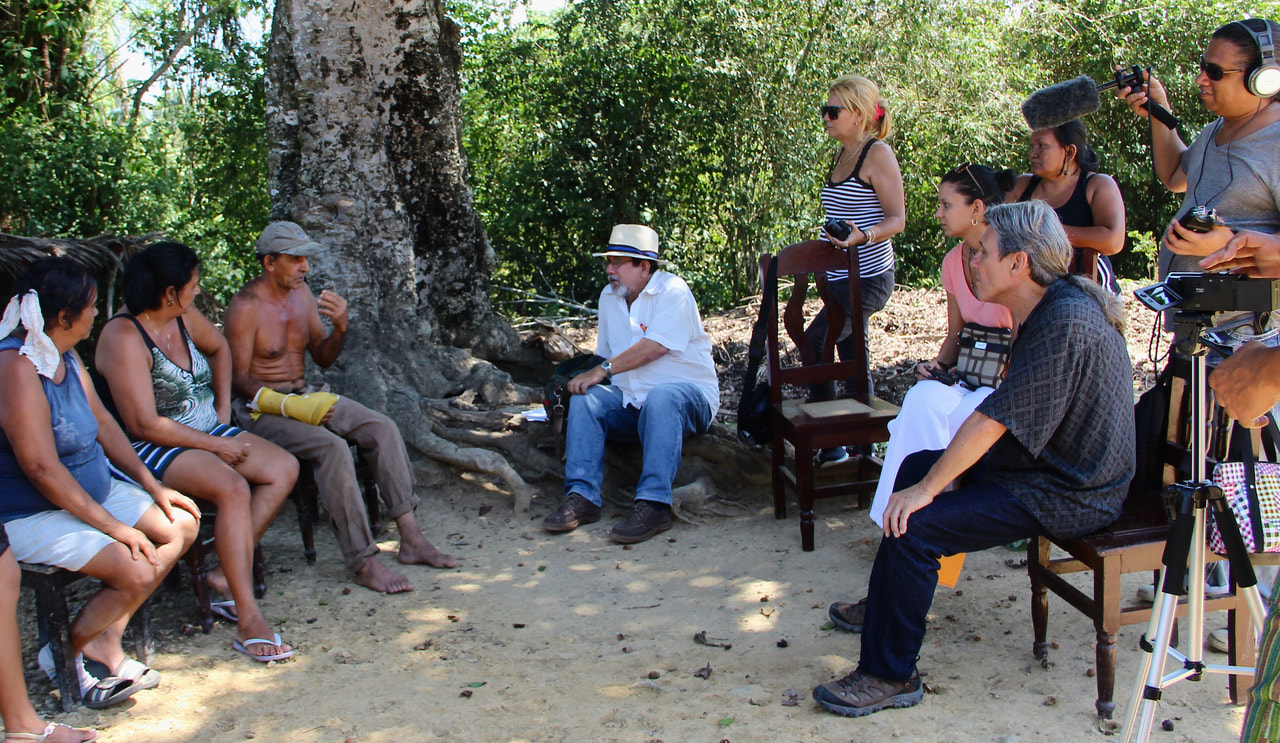 ​The principal goal is to sustain and expand consciousness and articulation of Cuban Indigenous people by assisting the Gran Family process in coming together, as well as to assist outreach by the Native leaders and people to the larger socio-political circles in the country at large.