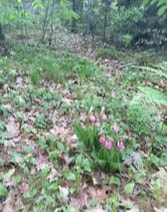 An Introduction to Biodiversity – the Web of Life
Biological diversity (Biodiversity) is defined in general terms as the variety of life in the world or in a particular habitat or ecosystem. Biodiversity as we know it today is a result of billions of years of evolution and development shaped by both natural processes – and in more recent years – by the impact of humans.

​In more specific terms, biodiversity is frequently described and understood in terms of the wide variety of plants, animals, and microorganisms – made up of approximately 1.75 million known species and likely greater than 100 million more which have yet to be identified.
Biodiversity is also concerned with genetic variations between species as well as the different ecosystems, habitats, and communities in which species inhabit. These systems include interspecies interactions as well as both direct and indirect interactions with the air, water, and soil around them. These interactions are the basis for which many of the goods, services, and customs that have stemmed and grown to make up life on earth as we know it today.​ ​ 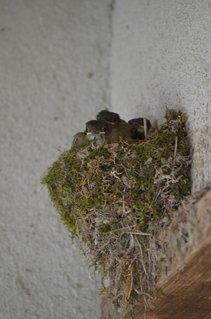 Because the Earth's biological resources are vital to humanity's economic and social development at the 1992 Earth Summit in Rio de Janeiro, world leaders agreed on a comprehensive strategy for the Convention on Biological Diversity. This pact among the vast majority of the world's governments sets out commitments for maintaining the world's ecological underpinnings as we go about the business of economic development.

Article 8(j) – Traditional Knowledge, Innovations, and Practices
Recent meetings of governments and Indigenous and local communities have reaffirmed the need to recognize and integrate traditional knowledge systems of Indigenous and local communities into the future work of the Convention on Biological Diversity (CBD) in North America.  Article 8(j) of the Convention of Biological Diversity states that each contracting Party shall, as far as possible and as appropriate:

More information can be found on the Convention on Biological Diversity website at: www.cdb.int

​​2020 Biodiversity Goals and Targets for Canada

Biodiversity Canada is a federal, provincial, and territorial group committed to protecting Canada’s biodiversity, while encouraging the sustainable use of our biological resources and has set a list of 17 goals for biodiversity as of 2011, to be completed by 2020. This will help Canada to focus on biodiversity priorities and provide the basis for measuring and reporting on progress.

A full draft of the Biodiversity Goals and Targets for Canada can be found on the Biodiversity Canada website, via the link:
http://www.biodivcanada.ca/00248250-F01E-4D57-8F45-D3943F6C24A9/Canada_Biodiversity_Targets_Backgrounde.pdf